Pima Community College’s Center for the Arts presents Moliere’s Tartuffe, a comedy about Orgon, a wealthy Parisian patriarch who falls under the influence of Tartuffe, a hypocrite and conman.

Scarlett Sky was enchanting as Elmire. This young woman has incredible focus and engagement. She always seemed to have an internal dialogue. Watching her made me feel excited as an audience member. Though, similar to Miller, I feel that she could have been “aged up” a bit. Taylor Hernandez, who played Mariane, reminds me of a lovely Juliet. I really sympathize with her character. She was heartbroken that her father was forcing her to marry Tartuffe and successfully showed the audience her frustration and outrage. My only criticism is that anger was the primary emotion she really showed us. I really would have liked to have seen more sadness, confusion, and maybe even a little sarcasm – this would make Mariane more rounded and relatable. Bianca Regalado, who played Cléante, had very impressive physicality. She took us on a journey and worked hard to clearly get her points across. She really showed me Cléante. Enunciation and vocal energy was a bit weak. Nevertheless, she was engaged and attentive to each scene she was in. Chris Farnsworth as Tartuffe had consistent low energy, low volume, and looked bored when he wasn’t talking. He did not embody Tartuffe. He did not make choices, or play with the audience, or take advantage of this amazing character. He did not tell us a story. In all honesty, Farnsworth was a bit difficult to watch. Gianbari Deebom, who played Madame Loyal, is a force to be reckoned with. She is so powerful and executed her performance perfectly. She was laser focused and balanced acknowledging the audience and being present in the scene seamlessly. She left me wanting more! 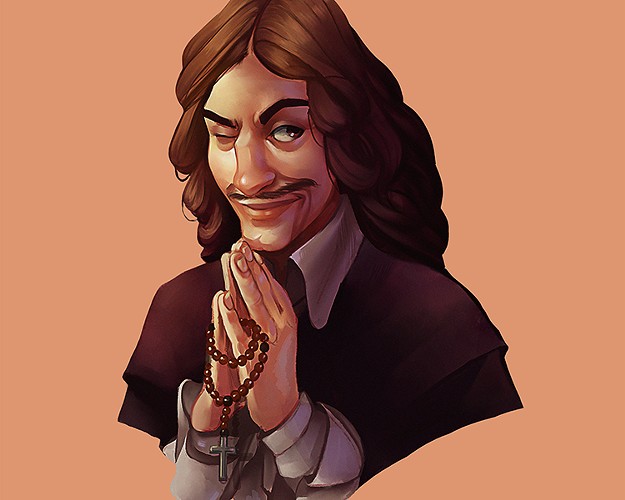 After reading Chris Will’s director’s notes* I was disappointed with his brief and seemingly careless commentary. His text elicited a lack of interest and it just didn’t seem like his heart was in it. This reflected in Pima’s production of Tartuffe. These young performers are oozing with talent and potential. I just don’t think they were given the proper guidance. This is a fantastic show for students to study and perform. Performing a farce is not an easy task, the actors have enough on their plate just by navigating the story and taking the audience with them. As this is educational theatre, each student definitely could have used more help with character analysis, identifying/utilizing iambic pentameter, and other basic skills like projection, cheating out, and breaking the fourth wall for comedic effect. “Don’t expect this to be a historical play,” writes director Chris Will. With all due respect to the director, this is a historical play, and if claiming a ‘modern twist,’ I felt it needed more components. It lacked follow through, and seemed to make a complicated play even more complicated. Even the actors didn’t appear able to bridge the gap between a classical text and a ‘modern twist’.
During the time this play was written (1664) women were seen as inferior objects. This is obviously not a modern way of thinking. This is a play about a man, written by a man, and directed by a man. Perhaps finding a creative way to highlight the women’s struggle and their opinions would have added a more modern vibe. The cast is following what’s in the script, and many of the situations these characters go through is very prominent in today’s politics and society – I definitely made those connections and still would have made them without electronic music awkwardly sprinkled throughout the play.
There were 7 women and 6 men in the cast. I couldn’t help but think, what if the role of Tartuffe was played by a female-identifying individual? Now that would have been a game changer. I think the gender breakdown of this play could have been tastefully tweaked. What if the role of Elmire was played by a male-identifying individual? Switching one of those two roles could have added an LGBTQ acknowledgement to the story. I think if this play was supposed to “relate to the modern audience’s struggle,” this could have been one tactful choice to take that point and run with it. Tartuffe is supposed to be risqué, sexy, and “cause quite a stir.” Perhaps making a creative choice like ‘gender-bending’ would have achieved that with a modern audience.
When the show started, I was pleasantly surprised by a dance with modern, french music. This was very a creative way to catch the audience’s attention and introduce the actors. The sound was high quality and the lighting color choices looked very thoughtful, elegant, and bright. Unfortunately, this same dance strategy and music was used to transition between scenes and didn’t seem to produce the same effect as when first presented. It got old rather quickly. The actors looked confused when dancing – not all of them were committed – and it made me feel confused as well. The dance should have been used only at the beginning and maybe after intermission.
There were moments of internal thought for a few characters. This was done by pre-recorded dialogue and a spotlight while the actors used facial expressions to tell the audience their thoughts. This was very distracting and just didn’t really work.
The costumes and the set were absolutely stunning. Everything looked really expensive and elegant. I wonder if the costumes and set were modern, perhaps this would have made the director’s vision of a ‘modern’ day Tartuffe’ more clear.
I did not leave the theatre feeling moved or inspired. The one thing I truly walked away with was joy because it’s a beautiful thing to see actors of color performing classical theatre. This made me very happy. If anything, come to this show to see passionate young men and women having fun up there! We just don’t see that enough these days. You will definitely be entertained here.
To purchase tickets, go to https://pima.edu/cfa or call 206-6986. You can see the show from now until November 18th at 7:30 pm Thursdays-Saturdays and 2:00pm on Sundays in the Pima Community College (PCC) Center for the Arts Black Box Theater.
* “This sardonic comedy, set in the era of King Louis XVI of France, caused quite a stir when it opened, creating an exposé of the times. Don’t expect this to be a historical play! Be prepared for some surprises as this old story unfolds and relates to the modern audience’s struggle to make sense of today’s politics, society, and family values.” – Chris Will