Annie Sadovsky Koepf (She/Her) is a model, actor, singer, and teacher. She and her rescue  pug/chihuahua, Belli-girl, call Green Valley home. After a life time performing in front of small children for 6 hours a day, she ventured into acting on theater stages 3 years ago. With degrees in Art and Education, she thought her retirement years would be spent painting, but art is art. Making theater accessible, especially to children is a passion of hers. Additionally, seeing more mature actors on stage compels her to be a part of local community theater. Character roles are fascinating for her, and she has enjoyed playing a psychic, the devil, one of Joseph’s brothers, and Mrs. Cratchit. She is honored to be a part of Taming of the Review.

Betsy Labiner (She/Her) is a PhD candidate in English literature at the University of Arizona; her dissertation focuses on English drama from the 16th and 17th centuries. Betsy earned her bachelor’s degrees in English and History from the University of North Carolina at Chapel Hill, and continues that twinned focus on literature and history in her doctoral work. Along with her academic work in drama and the arts, Betsy also works in the box office of The Scoundrel & Scamp Theatre.

Felíz Torralba (She/Her) is a xicana feminista-artivist born and raised in Tucson, Arizona. For the past 7 years, Felíz has been working primarily as an actress with Borderlands Theatre Company, The Community Players, and The Scoundrel & Scamp Theatre. She has been involved in the production of theatre and educational programs that reflect the diverse voices of the U.S./Mexico border region. Felíz would like to use her training and artistic experiences to tell the stories of women. Especially women of color. In her free time, she records music and makes youtube videos. She is incredibly grateful to be a part of the Tucson theatre community, but she is often disappointed with the reviews on projects her and her fellow actresses have worked tirelessly to present. With Taming of the Review she would like to break the cycle of toxic masculinity in the theatre community and give women of color the reviews they deserve.

Gabriella De Brequet (She/They) is a writer and co-founder of Taming of the Review. She was born and raised in Tucson Arizona and has been working professionally as a performer in Tucson since 2012. She has been seen on stage at The Rogue Theatre, The Scoundrel and Scamp Theatre, Winding Road Theatre Ensemble, Invisible Theatre and the Something Something Theatre. She has also had an extensive career off stage as a costume designer, prop designer, stagehand, dresser and professional child wrangler. Gabriella has a passion for people and their stories. Taming of the Review provides her a platform to share stories with the Tucson community which has been a true gift and a humbling honor. 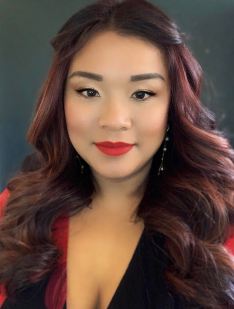 Mara Katrina Capati (She/Her/They) Mara Capati is a newer member to Taming of the Review and is honoured to be collaborating along side a team of incredibly diverse talent and passion for the Theatre Arts. Mara has performed in local musical and straight play productions with Arts Express, SAPAC, Live Theatre Workshop, and Scoundrel and Scamp Theatre. Mara’s favorite credits include Dolly in Hello, Dolly!, Aouda in Around the World in 80 Days, Johanna in Sweeney Todd, and Mina in Bram Stoker’s Dracula. Mara’s production credits include co-directing “To Kill a Mockingbird” and choreography and direction for children’s theatre at the Actors Guild of Parkersburg. She most recently assistant directed and choreographed CYT’s production of Addam’s Family Jr. By day, Mara is a Crisis Advocate at the Southern Arizona Center Against Sexual Assault and a volunteer Court Appointed Special Advocate for children in Foster Care. She is also completing her Master of Social Work at ASU Online. 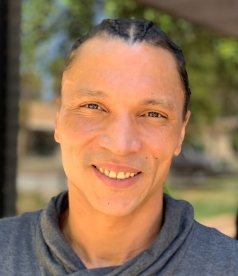 Richard ‘Chomps’ Thompson (He/Him) began as a contributing author for Taming of the Review in 2019 and has been priveliged to write content for this growing organization each time his perspective has been requested. There are many women working to make Taming of the Review possible. Though not everyone is pictured, this passion project wouldn’t be possible without them.