Richard III is one of Shakespeare’s most famous history plays written about the insidious king and his corrupt quest for blood, power, and the throne of England. It’s truly horrifying how relevant Richard III is for today’s audience considering our current political climate. However, the direction by Brent Gibbs, in this Arizona Repertory Theatre production, left me unsatisfied and confused.

‘The blocking of this production was awkward and unmotivated. The performers seemed to be crossing from once side of the stage to the other with no greater reason other than the fact that they were told to.  This was especially the case in large crowd scenes. 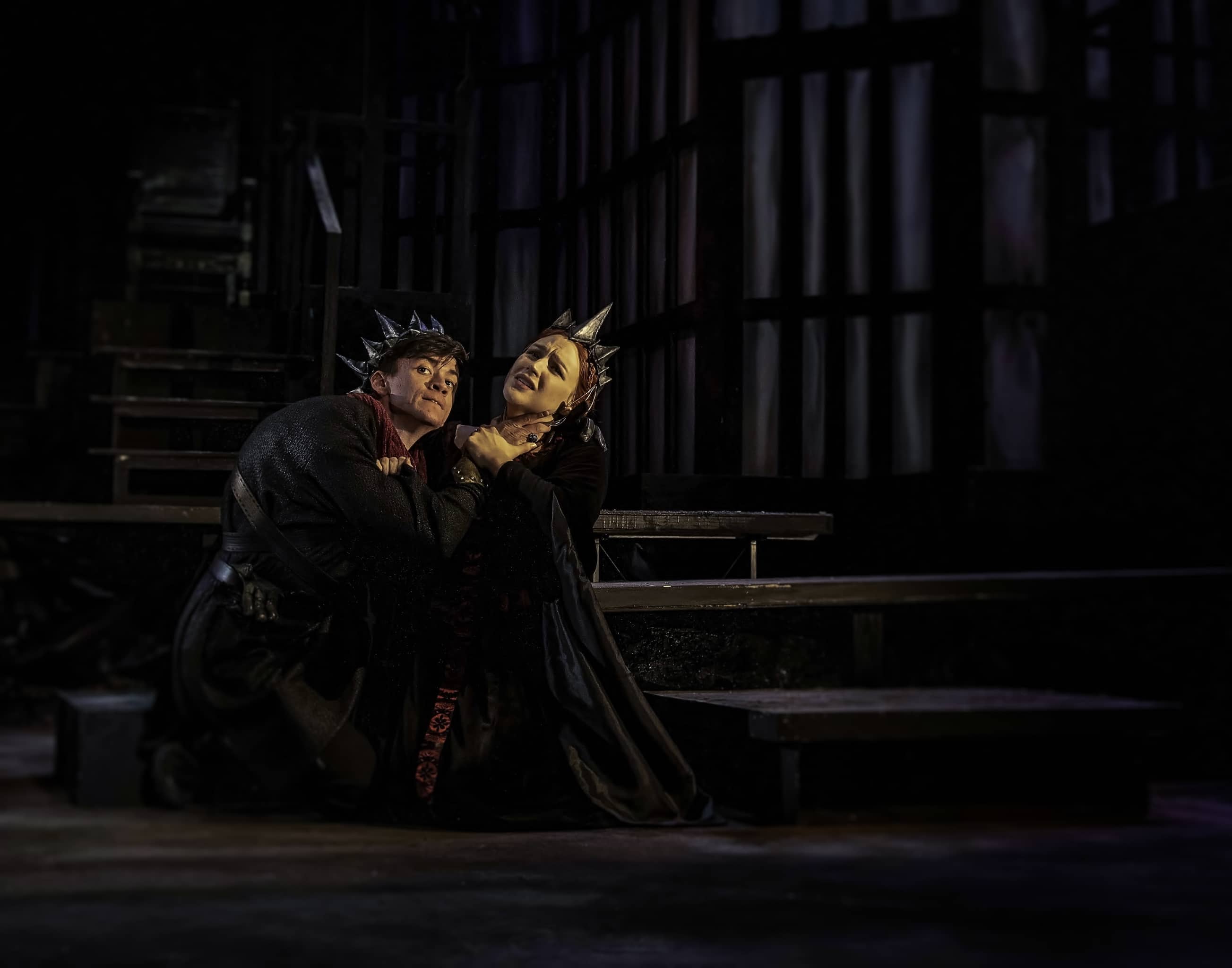 Richard III is a play heavy with death. But this production seemed to have little to no stakes from characters who were being sent to their executions. There was no sense of danger associated with many of the character’s deaths, and ultimately it didn’t support the content of the play. The world just wasn’t believable and this made the two-hour production difficult to sit through, even for a Shakespeare-lover such as myself. To top it off, director Gibbs chose to create an out of left-field alternate horror movie ending which completely strays from the original text. This left me wondering, will there be a sequel? If so, count me out.

Through all of the awkward staging, lack of relationships, and bold directorial choices there were some notable performances. Liam Thibeault’s Duke of Buckingham was witty and sharp, Kelly Hajek’s Queen Elizabeth was strong and striking, Jenna Meadow’s as the Murder was hilarious, Marina DeVaux and Sophia Goodin as Edward and Duke of York were unified and clear. Overall I felt that the female ensemble members carried the show. They were dynamic and interesting to watch on stage. As for Connor Mckinley Griffin’s portrayal of the title character, I felt that his lack of charm presented the character as one dimensional. Griffin delivered plenty of horrifying menace, but I wish that his Richard had a little more depth in his villainy. 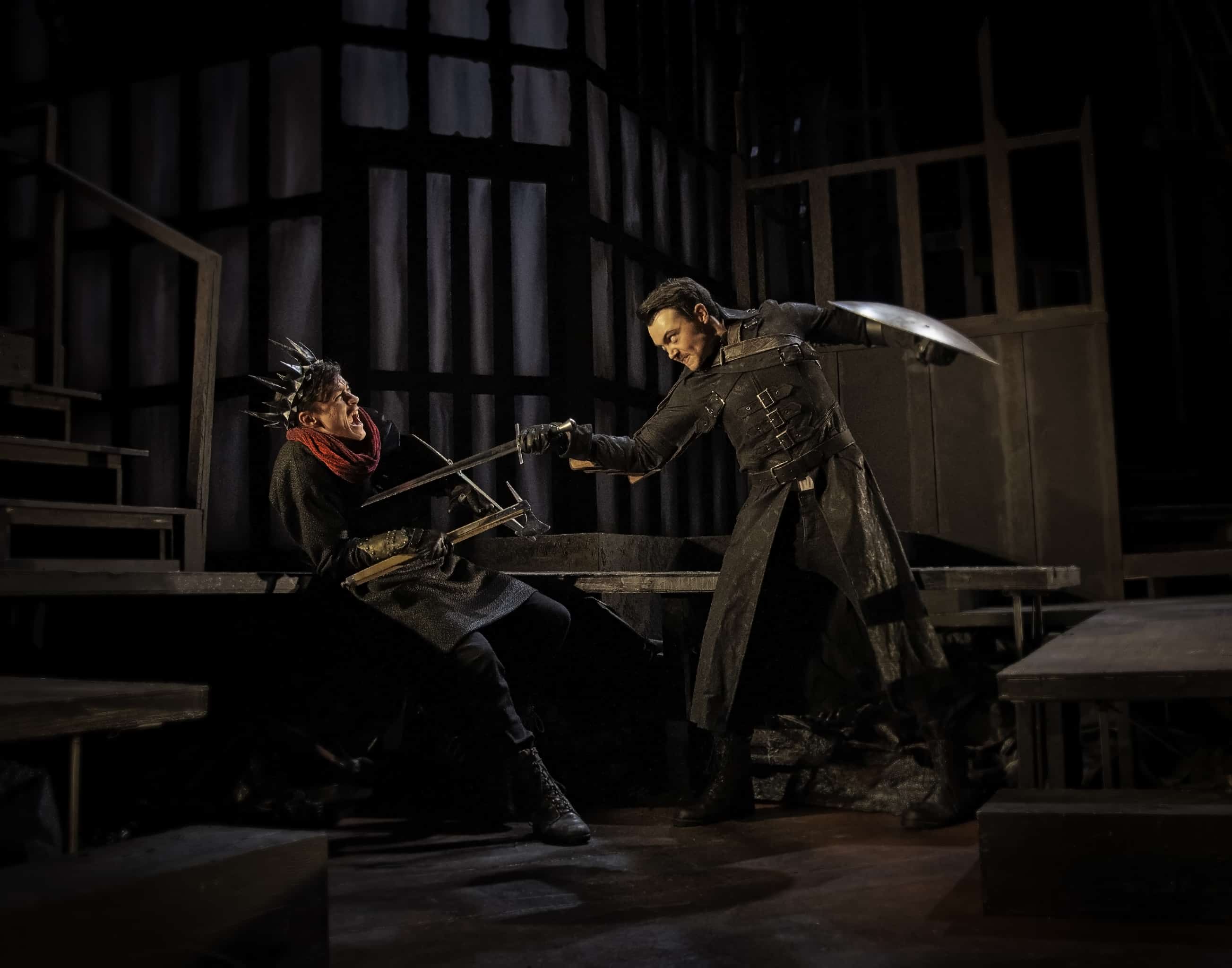 In spite of all the production’s directional bumps, visually this play was stunning with a multi-leveled set by Jason Jamerson adorned with spikes, skeletons, and abstract metal work. The lighting by Tori Mays was striking and helped set the scene. The costumes by Elizabeth Eaton were gorgeously grungy. This production was a technically and visually jaw dropping, and the production is worth witnessing for the design elements alone. However, the production design team could not save the show from its misguided direction.

Richard III is playing at the Marroney Theater through Sunday, March 31st. Tickets can be purchased via the Arizona Repertory Theatre website: theatre.arizona.edu or by calling the box office at 520-621-1162.