The rich don’t have to be subtle in Winding Road Theater’s splendid production of Lillian Hellman’s The Little Foxes. The rich seek to consume the wealth of others while they hoard their own, and during this very polarizing time in America, this story seems more relevant than ever.

The Little Foxes is set in a small town in Alabama in the early 1900s and circles around the very wealthy Hubbard family. While customs were changing, the vast majority of men in the early 20th century acknowledged only their sons as potential heirs; women such as Regina Hubbard Giddens, played by Cynthia Jeffery, had to seek their fortunes through less straightforward means. Regina desires wealth and power beyond what her husband Horace can give her.  With her two avaricious brothers, she seeks to undermine her husband’s authority and gain his wealth through any means possible. At times the energy seemed to dissipate in this production and the story moved along slowly, but it quickly picked up speed as we dig further into the scandals of the Hubbard family.

Director Glen Coffman clearly wants to immerse us into the world of the aristocratic south, and therefore the ambiance is especially significant. This was accomplished by a minimal yet impressive set with a large, painted staircase and a brightly shining chandelier. The furniture, green velvet adorned with yellow fringe, is cleverly reminiscent of Scarlett O’Hara’s infamous gown made of drapes. The effect is instant. Everything is beautiful and delicate, but insidious deeds brew underneath the façade. 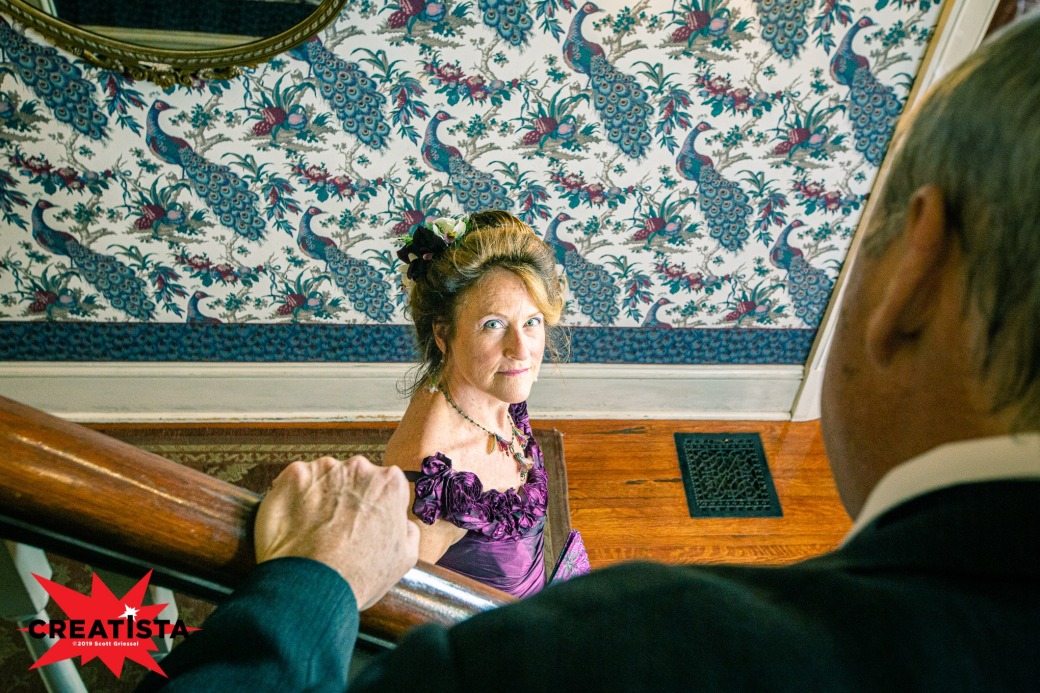 Coffman also assembled a talented cast who brought this world to life. Upon Regina Giddens’s first appearance in a lavish purple gown, it is immediately evident that she rules the household.  Purple is traditionally the color of royalty, so I tip my hat to the costumer, Marie Caprile, for making this distinction. Jeffery’s powerful presence as Regina demands the stage as well as respect from her conspiratorial brothers Oscar and Benjamin, played perfectly and mischievously by Dave Davidson and David Alexander Johnston. The two brothers, after failing to convince Regina’s husband Horace, played by a formidable Eric Rau, to invest in the construction of a cotton mill, then offer the idea of an arranged marriage between Oscar’s simple and spoiled son Leo, played by Damian Garcia, and Regina’s bright-eyed daughter Alexandra played by Morgan H. Smith. Garcia’s portrayal of Leo had an amusing “hyuck hyuck” quality and provided the show with much needed comedic relief. Smith gave a moving performance as Alexandra, transforming from naïve young girl to a dignified, intelligent woman. The household servant, Addie, portrayed by Gianbari “Debora” Deebom, proves to be more of a mother figure to Alexandra than Regina ever could be. Deebom’s performance was essential to the production as she maintained the moral authority in the Hubbard household.

I applaud Coffman’s direction because this production struck a chord with me. In the news lately, it seems we learn of more and more financial scandals and how the super-rich have used the lower class to prop themselves up while also hoarding their wealth. Regina, Oscar, and Benjamin were obvious representations of the callous attitudes held by the wealthy. When Horace is hit with a heart attack, Regina simply watches him suffer. It seemed rather poignant for a wealthy person to watch others suffer in order to serve their own agenda. Alexandra, on the other hand, represents a new generation who feels outraged and helpless in the face of such corruption. Her Uncle Benjamin defends this corruption with a sinister line “some people call that patriotism.” 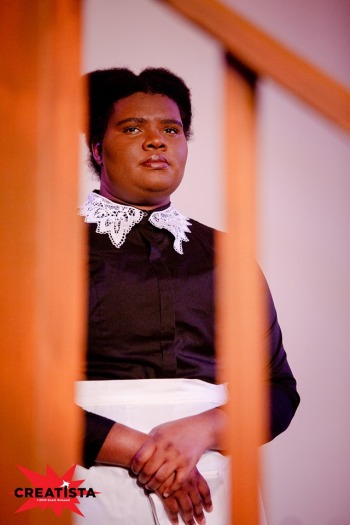 It is encouraging to see a company celebrate the work of a female playwright, especially one as fierce as Lillian Hellman, who was known for her activist views. She seems to be calling audiences to action through this play. “[T]here are people who eat the earth and eat all the people on it,” Addie, the black servant, states, “…Then there are people who stand around and watch them eat it.” Hellman is commenting on the complacency of the masses towards the corruption and the power of the wealthy. They get to be corrupt, they get to be criminals, and we are made to feel powerless. Hellman is trying to reignite the fire of anger and indignation in the hearts of the common people. I highly recommend this powerful production and I am excited to see what else Winding Road will create this year.

The Little Foxes is playing Friday, Saturday and Sunday through September 15th at the Scoundrel & Scamp Theatre at The Historic Y (738 N. 5th Avenue, Tucson, AZ, 85705). Tickets are available at windingroadtheater.org. You can also contact the box office by emailing windingroadte@gmail.com or by calling (520) 401-3626. There are discounted tickets available for students, military, and senior citizens.

2 thoughts on “The Little Foxes Strikes a Chord”